Recent cutbacks in newspaper staff and the changing state of journalism threaten the future of investigative reporting. Yet, the Boston Globe and other organizations like the New England Center for Investigative Reporting (NECIR) are filling this void in newsrooms.

Through its dramatization of the Boston Globe’s 2001-2002 investigation of the Catholic Church sexual abuse scandal, the 2015 Best Picture film, ‘Spotlight,’ precisely illustrates the slow and painstaking process of investigative journalism before the advent of the internet.

“If I wanted to do some property research I would have to get into my car and go down to the registry of deeds and take a lot of old, dust-covered books and spend an afternoon doing research in the registry,” Mike Rezendes said, who was a member of the Spotlight team that broke the Pulitzer Prize-winning Catholic Church sexual abuse story. “Now, I can look up all those records from my computer at my desk.”

In the 2001 setting of ‘Spotlight,’ members of the investigative team read church directories out loud to Matt Carroll, another member of the Spotlight team that uncovered the Catholic Church scandal, so he could put them in the spreadsheet. According to Rezendes, investigative teams nowadays scan the directory pages to create a searchable database in merely a couple days – as opposed to three and a half weeks. 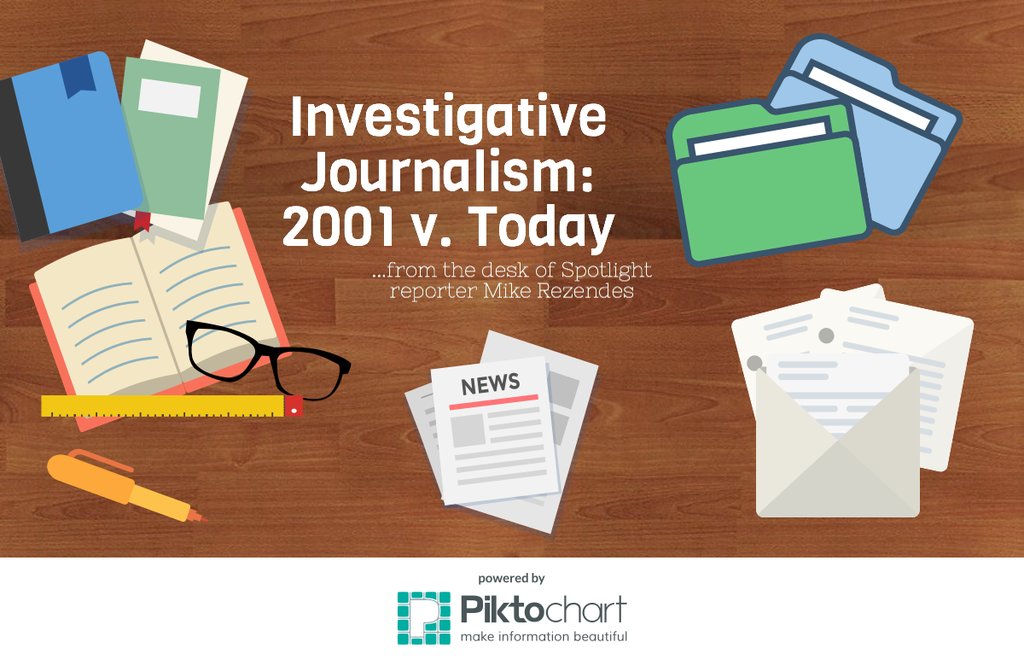 According to Carroll, the current digital age makes obtaining data and sources easier for investigative reporting. However, he also believes the rapid development of social media such as Twitter has replaced parts of the newsroom, including investigative teams- which can be detrimental.

Carroll characterizes tweets as “kind of like potato chips; you just eat one and you forget about it. The work that goes into creating investigative stories is much more difficult, but it has a much greater impact.”

The pressure to complete projects quickly, Carroll noted, also cuts into the time dedicated to investigative work as editors today increasingly ask their reporters to find more stories, even if they are short.

“So that’s the exact opposite of what investigative reporting is all about, which can be really time-consuming, really laborious, and so you have a lot more pressure,” Carroll said.

Recent cutbacks in newspaper staff and funding are also threatening investigative teams. NECIR director Joe Bergantino believes the real uncertainty with the future of investigative reporting is funding for the newsrooms.

“The only way we’re going to be able to maintain in-depth, investigative reporting on a broad scale in this nation beyond the major newspapers and networks is by seeing a major shift in the way people view the funding of it,” Bergantino said.

However, the Boston Globe’s Spotlight team, NECIR, and other non-profit organizations are trying to preserve investigative reporting in the current media climate. Bergantino deems such news outlets as “smart.”

For industry professionals, ‘Spotlight’ continues to reinforce the importance of watchdog reporting; Rezendes believes the film demonstrates that it is up to investigative reporters to hold powerful institutions accountable.

“If it were not for the Globe’s Spotlight team, tens of thousands of people all over the world would still be suffering in silence with their abuse and the effects of their abuse, believing that they were at fault for what had happened to them – believing erroneously they were alone and subject to something that was very rare and did not reflect on the church as a whole,” Rezendes said.